Throughout our bicycle tours we have the privilege to go through some of the most amazing locations in Portugal, in the Alentejo. This region is rich in tradition, preserved historical legacy, and the beauty that nature bestowed it. They’re fantastic places.

Keep reading and find out about what makes these places unmissable not only in our Alentejo tours, but also in any other visit to Portugal. The town of Marvão makes its castle the focal point of the landscape which is inset in a rocky hillside and is uniquely beautiful. The Marvão Castle was strategically built to halt the progress of the neighboring country’s troops. You can find out more about the history and legend of this castle on one of our previous posts.

Marvão also encompasses Ammaia City, with an area of approximately 25 acres. This city is considered a national monument — as is the Castle of Marvão —, since 1949, but was left abandoned up to 1994, when a foundation started to revive it and make every effort for it to become an indispensable place to visit in Alentejo, whether on bicycle or hiking tours. The preservation of the ruins, of great cultural significance, has then since been achieved.

Castelo de Vide is a small portuguese town with about 2,300 inhabitants, which has an unforgettable romantic character much enjoyed by visitors. Its gardens, plentiful vegetation, mild climate and proximity to the Serra de São Mamede are its main virtues. It’s a typical Alentejo village and well worth a visit.

Arraiolos is a town of just over 3,000 inhabitants and is renowned for its carpets, Tapetes de Arraiolos, which have been hand made for generations.

This Alentejo town has several natural highlights, like the Public Garden, Arraiolos Playground and Vimeiro’s Urban Park. But your points of interest don’t end there, as your can also visit the Loios Convent, of great architectural beauty.

Évora is one of the most important portuguese cities for tourism, being the only portuguese city that is a member of the Network of Oldest European Cities. Its historic center is well preserved, with monuments like the Roman Temple of Diana, the Muralhas (walls) and the Évora Cathedral, making the city a mandatory visit for anyone visiting the country.

Monsaraz Castle was, for many years, considered the “sentinel” of the Guadiana river, being an important monitoring point for the border with Spain’s Castile. Monsaraz has many points of interest besides the castle, such as the Pelourinho, the Núcleo Intramuros da Vila, the Matriz Church, the fountain in Lugar do Telheiro, the Xerez Cromlech, the Olival da Pega Dolmen, and the Menirs in Outeiro and Belhoa. A city that is not to be missed, whether you are specifically visiting the Alentejo or Portugal. On the banks of the Guadiana river, Alqueva dam is the largest in Western Europe. This dam was built with a primary goal of being the center of irrigation for the immense vegetation and farm lands that make up the Alentejo.

The landscape around the Great Alqueva Lake is an absolute must visit, for its beauty and peacefulness.

The Cape Sardão is known for its lighthouse, operating since 1915. The imposing steep cliffs that surround it, mixing the terrestrial and maritime landscape, are stunning in their immense natural beauty. The endless plains, covered by a low and lush vegetation, are equally unforgettable. Make sure you visit it when passing through this region. 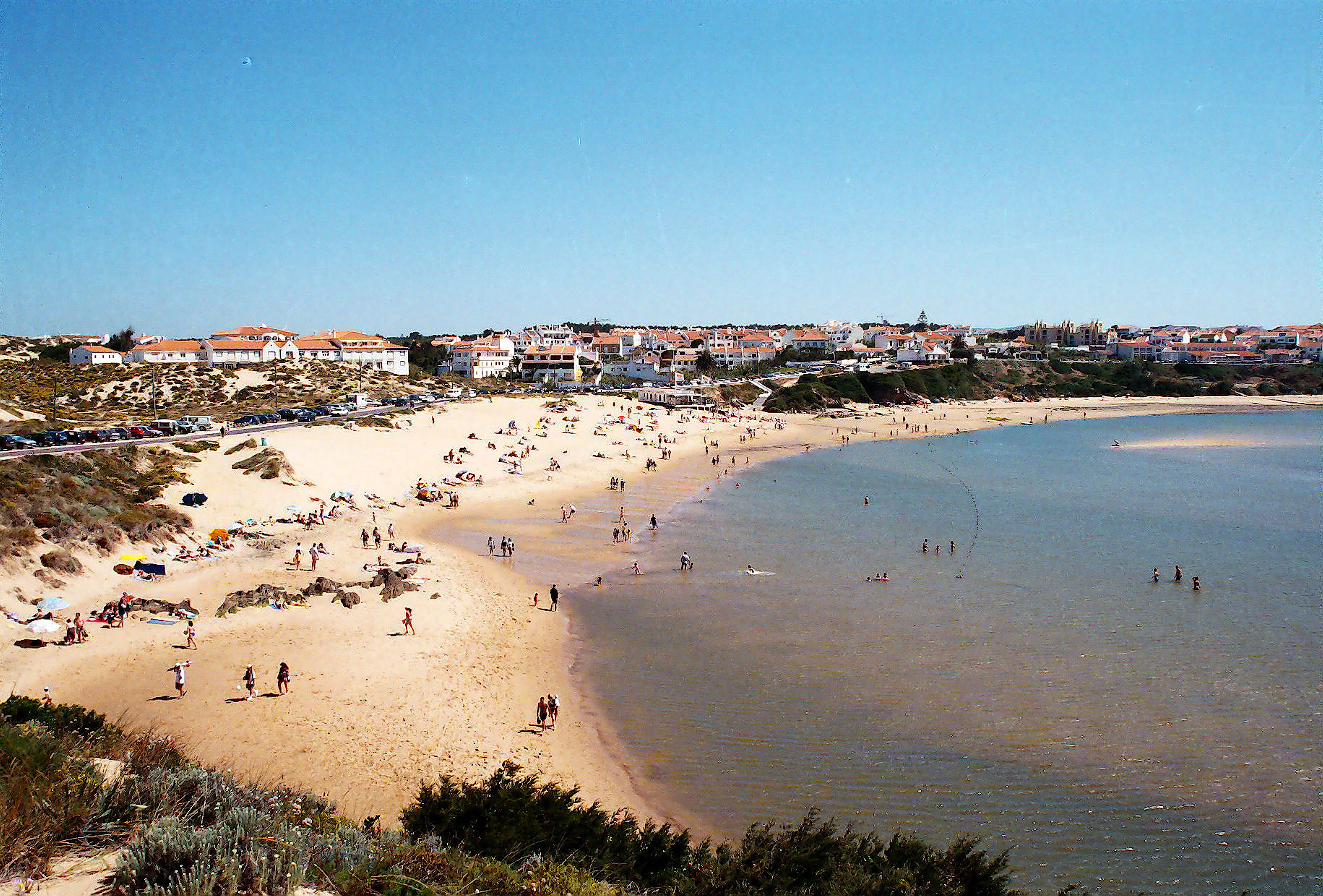 Vila Nova de Milfontes, inserted in the Southwest Alentejo and Costa Vicentina’s  Natural Park, has one of the most popular and recognizable beaches in the region.

São Clemente’s Fort is one of the architectural elements deserving of a visit, with a curious history: it was built to face several attacks from pirates in the region, namely between the sixteenth and eighteenth centuries, when Corso Magrebino spread terror throughout the region.

Odeceixe beach was recently considered one of the Most Beautiful Beaches in Spain and Portugal by Condé Nast Traveller magazine. With its narrow streets and typical townhouses, Odeceixe captures the attention of foreign and portuguese tourists alike.

The archaeological remains of the Povo Mirense, Odeceixe’s Matriz Church, the Museological Center and Museu Adega (Cellar Museum) are among other sights that will complete an unforgettable tour.

Now that you know about these fantastic Alentejo locations, why delay your visit?

In our luxury bicycle tour offerings, two of them, Alentejo Vineyards Colours and Alentejo Heritage, take you through the interior, while Cruising the Coast crosses some of the most amazing beaches of southern Portugal, including Mifontes and Odeceixe. Discover all of bike tours.